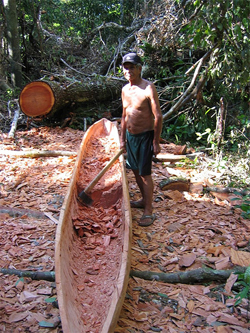 There’s a lovely article over on the New York Times about the parallels between Facebook and tribal culture, examining what makes Facebook so intriguing (read, “sticky”) to its users.

The main point made is that our friend-making in the “real” world is based around “orality” and not writing: furthermore, we examine ourselves through a lens defined by the people we know; in the same way we examine others based on the people that they know, and so on.

Apparently an early study in 1982 by someone called Reverend Ong examined the notion of what he coined “secondary orality” and looked at the connections between electronic forms of communication and “..the cadences of earlier oral cultures”: fundamentally the fact that many of the communications we now have via the web (and, thinking about it, IM, SMS and so on) are very much more oral in their nature, and moving away from “formal reading and writing”. The things which really resonate with us as humans are the comments on blogs, the quickfire status updates of Facebook or Twitter or a rapid succession of emails or IM between friends.

Of course the comparisons only go so far between tribalness and Facebookness – as the article says:

“There is presumably no tribal antecedent for popular Facebook rituals like “poking,” virtual sheep-tossing or drunk-dialing your friends.”

…although maybe a new SuperWall action”chop a canoe for your friends” could go down well…?