Seb has posted about an article on OpenCulture where the author compares Google’s Knol project to Wikipedia. OpenCulture ultimately comes down hard on Google, reckoning that the Wikipedia “editing by masses” model is a better one. 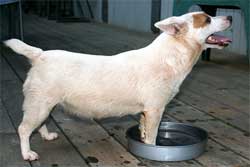 I’m veering around on this one. On the one hand, the Wikipedia model is clearly very powerful. If it wasn’t, then Wikipedia wouldn’t be the phenomena that it is. On the other, Google have at their disposal an extraordinary arsenal of content (most of the web) and users (most of the web-surfing population). These shouldn’t be underestimated.

Google have shown time and time again that they are willing to disrupt “traditional” models of content delivery. Stuff like “suggest a better translation” on Google Translate or using their massive user base to tag images in real time show that although Google aren’t “content” people, they actually understand the power of crowd sourcing around content as well as anyone else. Better than anyone else, in fact, because: 1. They’ve got the biggest user base (bar none) to test against and use to hone the model and 2. They’ve got the brightest people (bar none) working for them…

The criticism seems to be that Google might not use crowd volume in the Knol model and instead we’ll end up with a bunch of articles written by demi-experts which will remain unmoderated and of dubious authority. I can’t ever see this being the case, even if that is what’s hinted at in the original Google blog post. Google do crowds in a big way – be in no doubt that they have a very, very good understanding of who the “authorities” are around subjects as well as having at their disposal a reasonable-sized catalogue of content…Google will find a way of promoting “good” content and demoting “bad”.

Back to Wikipedia for a moment, which gets a load of bad press about non-authority content – a comment on the OpenCulture post echoes the apparent concerns of many:

“…the reality of Wikipedia, where articles created by knowledgeable authors are more likely to be degraded over time by hordes of inept users…“

I’ve never been sure that this is actually the case. Yes, if you’re an academic or museum curator then you’d probably spot errors in some of the detail, but let’s not forget who the normal user is here – if you want to know general stuff, Wikipedia is an outstanding source of information. If you want academically-inclined, peer-reviewed, 100% “accurate” information (whatever that might be), then hey, go look in a journal.

This is scratching at the surface of something a bit deeper which is about how important rigorously researched information really is to our audiences, but that’s another post altogether…

* thanks to Waldo Jaquith for the picture. Irrelevant, but I liked it 🙂