It’s obviously that time of year again. A while back I opened the front door to find two books on the door step: a Yellow Pages and a standard phone book.

That was a week ago. They’re still there, getting soggy. Unloved, unused, taking up space, wasting tree. I’m not alone. Walking down the hill to work today I saw four phone books either binned or just left, and I wasn’t looking particularly hard either. 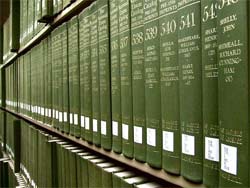 Ask yourself: when was the last time you used either of these? For me it’s been a while. And why? Well, it’s not about the content – both guides are pretty comprehensive as a rule. Instead it’s about the fundamental process behind what it is you need to do with these bits of content.

I downloaded a copy of Microsoft Live Search mobile for my new smartphone last week – it’s a very slick application which released for the UK fairly recently. I was all ready to have yet another app sitting there for a couple of weeks before I got bored and un-installed it, but I’m bowled over by how useful it is. You really can find information on location-specific stuff – accurate, comprehensive information – via a GPRS or WIFI connection, in real time.

This kind of functionality kills the Yellow Pages dead. And that’s a beta application on a 2×3 inch screen, so it’s hardly perfect. Once you throw in Google Maps (or Google..) or any of the other search/local search providers, the concept of a physical directory is not only dead, it’s dead and buried, dug up again, cremated and scattered to the wind.

With 67% of people in Britain (6.5Mb PDF) accessing the internet and 4/5 of these with broadband, it’s hardly suprising that the web is the first place any of us go to find out basic (contact) information. Why spend any time at all fooling around in a 1000+ page directory when you can get this stuff straight away online? Who knows.

The debate continues, as it has (and will) for some time – about the future of books. We dabbled in eBooks when I worked at Waterstone’s Online, way back. In the latest copy of Stuff Magazine, two of the staff battle out the pros and cons of the book vs the ebook. Devices such as the Sony Reader, the iLiad and the Amazon Kindle – all claiming to be “the new book” keep the conversation bubbling along. Andrew Marr tested ebooks for a month and said: “Overall, I am reluctantly impressed with my ebook…” but also made the good point that they’d be better if they smelt a little musty 🙂

Books (obviously) aren’t dead: in fact it’s pretty well accepted that books do what they do infinitely better than anything else, which is why they’re still around, er, **** years later. As a user interface, the book is near-perfect: compact, easy to use, cheap, requires no battery power. Where it fails is where it comes up against what the internet is so blindingly good at: searchability, browsability, comparison, linking. The battleground (it it is such a thing) isn’t an even place: “reading” vs “looking up” isn’t a fair fight. But nowadays there’s something wrong with the notion that we should still be mass-distributing directories to everyone with a phone…

6 thoughts on “The book is dead. Long live the book”